The shooting in Dallas that appears to have targeted police …is not because of ‪#‎BlackLivesMatter‬ there is no “war on police”.

Do not entertain the false narrative of a “war on police”.

The suspected shooter was not identified by race for a long time & Fox News is circulating an image of a black man as the “suspected shooter” but it’s already widely being reported that he was not the shooter & is even visible in video on the ground when the shooting started.

There have been other shootings that targeted police at protest actions – all of those were white interlopers seeking to cause damage, disrupt & discredit the movement.

White folk – when you hear “I just knew this was going to happen” or references to protesters & Black Lives Matter as “violent” -intercede. Have a conversation right then & there about systemic racism & power. Talk about all the extrajudicial executions committed by police. Talk about Alton Sterling & Philando Castile – the reason protesters are in Dallas. Talk about who really is committing the violence.

I know this post is going to cause ire with some, in particular those that have family members & loved ones that serve as police officers. This post will seem like it is in poor taste or “too soon”. I’m not denying the community of police officers & their loved ones the right to mourn but am cognizant & sit with the knowledge that this courtesy in mourning is never afforded to victims of extra judicial execution. Victims like Alton Sterling & their families are put on trial immediately upon their killing. Victims like Diamond Reynolds who was interrogated and separated from her 4 year old daughter for 8 hours without food or water after watching Philando Castile die.

I’m asking that we do not allow the narrative & public discourse to permit a “Patriot ACT” like stripping of protesters rights.

Because, trust that is what will be next. It won’t be 72 hours before legislation is introduced that will strip rights from protesters – open carry, heavier fines & felonies for trumped up infractions – this will be coming. These bills have already been introduced (and squashed)….the incident in Dallas will shift the Overton window allowing an opportunity to pass legislation that strips rights from protesters.

To donate to support Leslie Mac‘s work via the Ferguson Response Network click below:

For additional reading links &  organizations to donate to CLICK HERE

END_OF_DOCUMENT_TOKEN_TO_BE_REPLACED

The Interracial Jawn Podcast is excited to announce it’s very first foray into TV Show recaps as we recap the first season of AMC’s Fear the Walking Dead every Wednesday. 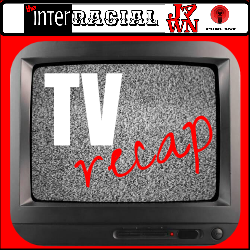 Each recap show will find the hosts discussion the action scene by scene, dissecting clues about the zombie outbreak and crowning a weekly “Most Irritating Character” award. Listeners can also participate by leaving voicemails with their own reactions to each episode (657-JAWNERS) or send an email with questions for the Recap Crew (interracialjawn@gmail.com).

In addition to the weekly podcast recap, @LeslieMac & @VeryWhiteGuy also broadcast a LIVE show reaction via Periscope at 10:00 PM ET giving their first reaction to the episode.

What Does it Mean to be in the Movement?
by IRJ Blog Contributor Eddie Umana

The more I learn about what’s going in this country, the more I realize we haven’t progressed as much as we’ve thought.

We feel we’ve progressed because of all of the technological advances we see. The stories of upward mobility and access to college education for the more disenfranchised. We measure progress also in the fact America has elected and re-elected a black president. We pat ourselves on the back as if it’s some massive achievement. As if electing a black president confirms we’ve erased all the racial ills in our society.

The losers are not only the poor and people of color terrorized by the police let alone the whole system. We must remember we all lose when we tacitly allow those in less privileged situations to continue to suffer as we turn a blind eye.

What right do I have to be in a privileged position, and tacitly deny poor people food then criticize them for being lazy?! What right?! If I do not know what it means to be poor, then why am I speaking on how a poor person should live their life?

END_OF_DOCUMENT_TOKEN_TO_BE_REPLACED

Today I called in to my favorite podcast The Black Guy Who Tips to discuss a phenomenon I have dubbed The Celebrity Blacuum.  I define the Celebrity Blaccum as “the deafening silence from black celebrities in the aftermath of social & racial incidents that effect Black Americans.”

14 days have passed since Mike Brown was shot to death at 12:01 pm on Saturday August 9th and left in the street for 4 hours following the shooting with no medical attention called to the scene of the shooting.  The day after the event daily demonstrations in Ferguson began with an armed response from St Louis County police. Yet so few black celebrities, sports figures & even politicians have stepped up to make public statements or take public actions in response to the issues clearly on display in Ferguson.

END_OF_DOCUMENT_TOKEN_TO_BE_REPLACED

Ok my fellow very white people, let’s call a thing a thing.  Don’t beat around the bush, don’t be all politically correct.  Let’s say what is really going on, not just in Ferguson MO, but in America in general.

Over the last week I have been on a twitter storm 1,000+ tweets and I have been VERY upset at what is going on in Ferguson.  My own wife has commented “I’ve
never seen you so upset”.  And I couldn’t give her a really concrete
answer as to why.  In short – my eyes are open and I see America for what it is – built on and perpetuated via institutionalized racism.

The revolution will be televised…on BlackTwitter

I am relatively new to Twitter and #BlackTwitter in particular.  It is abundantly clear that Black Twitter (yes I capitalized that because BlackTwitter has EARNED that distinction this past week) had more/better news about what was going on in Ferguson well before any other news outlet said peep.  By the time the mainstream news media outlets were even discussing the case BlackTwitter was already in full swing.  Black people know all too well what the playbook was going to be surrounding the extrajudicial execution of Mike Brown.

END_OF_DOCUMENT_TOKEN_TO_BE_REPLACED

To my fellow very white people…

First, a little background. I am white – very white, in fact my twitter handle is @verywhiteguy. I grew up in what might be considered the whitest place on earth, Winnetka Illinois The racial diversity is 0.25% black – that is 1/4 of 1% black or roughly 2 dozen black people in the town of 12,000+. As should be obvious from the name of this blog, I am married to a black woman. We have been married for over 13 years.

Reading and tweeting about Ferguson and Mike Browns extrajudicial execution over the past 72 hours has compelled me to write this post for my fellow very white people. This is for all of us melanin challenged people. Regardless of how supportive we are, or what number of our friends are black, or even if like me, you’re married to a person of color – we’re still white, and this still needs to be understood.

White people can NEVER fully understand what it is like to be black in America.