@LeslieMac & @VeryWhiteGuy discuss life in Michigan, Pokémon Go is not for Black people, Hannity gets booed in Philly, Black Girls Code gets a come up, white people are trippin (again), DNCinPHL, Taylor Swift update, the whitest city in America, FLOTUS does Missy Elliott, #BlackExcellence catches a rabbit, childless aunts are a treasure plus Finding Dory, StarTrek Beyond & Stranger Things

END_OF_DOCUMENT_TOKEN_TO_BE_REPLACED 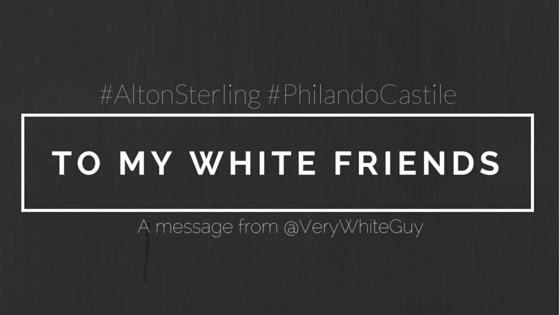 The shooting in Dallas that appears to have targeted police …is not because of ‪#‎BlackLivesMatter‬ there is no “war on police”.

Do not entertain the false narrative of a “war on police”.

The suspected shooter was not identified by race for a long time & Fox News is circulating an image of a black man as the “suspected shooter” but it’s already widely being reported that he was not the shooter & is even visible in video on the ground when the shooting started.

There have been other shootings that targeted police at protest actions – all of those were white interlopers seeking to cause damage, disrupt & discredit the movement.

White folk – when you hear “I just knew this was going to happen” or references to protesters & Black Lives Matter as “violent” -intercede. Have a conversation right then & there about systemic racism & power. Talk about all the extrajudicial executions committed by police. Talk about Alton Sterling & Philando Castile – the reason protesters are in Dallas. Talk about who really is committing the violence.

I know this post is going to cause ire with some, in particular those that have family members & loved ones that serve as police officers. This post will seem like it is in poor taste or “too soon”. I’m not denying the community of police officers & their loved ones the right to mourn but am cognizant & sit with the knowledge that this courtesy in mourning is never afforded to victims of extra judicial execution. Victims like Alton Sterling & their families are put on trial immediately upon their killing. Victims like Diamond Reynolds who was interrogated and separated from her 4 year old daughter for 8 hours without food or water after watching Philando Castile die.

I’m asking that we do not allow the narrative & public discourse to permit a “Patriot ACT” like stripping of protesters rights.

Because, trust that is what will be next. It won’t be 72 hours before legislation is introduced that will strip rights from protesters – open carry, heavier fines & felonies for trumped up infractions – this will be coming. These bills have already been introduced (and squashed)….the incident in Dallas will shift the Overton window allowing an opportunity to pass legislation that strips rights from protesters.

To donate to support Leslie Mac‘s work via the Ferguson Response Network click below:

For additional reading links &  organizations to donate to CLICK HERE